Breach Of The Oath Of The Chancellor

Open Letter by Major General Schultze-Rhonhof: Why Merkel Has To Step Down For The Benefit Of The German People 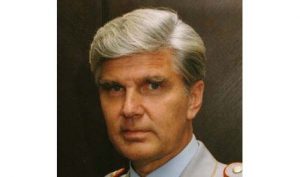 Published for educational purposes by the Priory of Salem, Peace Institute: