THE ORGANIC TREE OF LIBERTY. (Not a GMO, hybridized / adulterated counterfeit, synthetic patented and non-Created species which in some Constitutionalist groups falsely consider it liberty.) 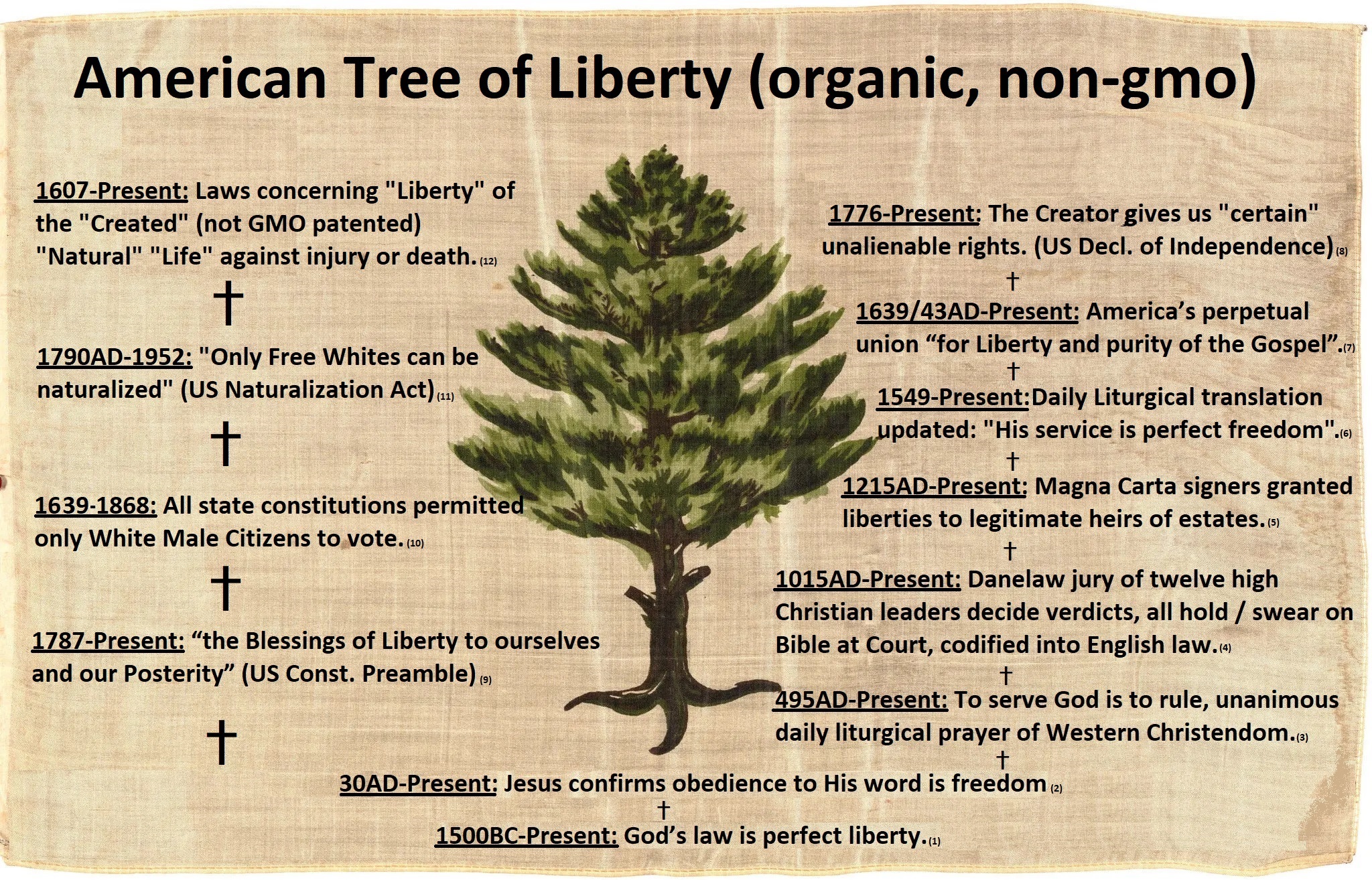 Only sin is bondage (all sins) and must condemn all sins equally as they attack the soul and spirit (life) of the body.

Liberty is a release from bondage. However, at no time did Christians say they will no longer serve God.

Israelites were liberated from Egypt to serve God. The phrase “His service is perfect freedom (liberty)” is enshrined throughout all Christian Nationalist lands as the true liberty, to operate at maximum capacity of what is scientifically proven in Natural law to be what the Creator designed us to be (life and liberty). Always at the end of the day happiness follows true liberty to serve the creator, which is why only the Creator’s rights are inalienable, and “no establishment of religion” may be obstructed by any level of Government. Synthetic rights not connected to nature or the Creator’s laws often are just tactics of enemy nations to subvert the actual natural rights enumerated in the Constitution as from the Creator.

This about “The 14th Amendment is Unconstitutional” is also pretty popular.