Sann Israel under Kristus, kungarnas kung och herren!
Primace kontor
Covenantal suveränitet, Law Institute, Legitimist Philosophy, Medlemskap, Order Establishments, Fredsinstitutet, Priory of Salem, Protectorates, Royal & Noble, Sovereignty & Intl. Law, Templar
Sprid kärleken
A text to question existing social clubs calling themselves Templar:
(Note: We want to empower and unite all Templar orders who presently do not have true sovereign protection. You may enjoy these benefits under our Ducal House of Wolfenbuttel-Brunswick(and global estates), who shall sub-infeudate tenancies (or Lieutenants) who may sub-lease theirs out to multiple additional true pre-requisite estates of Knight service. Normally a true Knight will have several sub-tenants, and each subtenant is a knight, who has their own support networks (always 2-6 supporters).
Are you of a legitimist order of Templar? If not holding actual knighthood under a sovereign, (or not applying with a certified and registered pedigree proven to be of Noble lines, with at least 200 years of marriage licenses etc), then you can work with our expert genealogists on getting the registration going. We may also find in the process you’re entitled to lands (which are more easily claimable if it has gone into disrepair), and in some cases this may also require DNA tests.
This true Knighthood has been the basic requirements for thousands of years by any true sovereign Kingdom. This is a matter of public law, international law, treaty law, constitutional law, dynastic/family law, and inheritance law as recognized by the Governments and Ecclesiastical institutions as being the only valid definition of Knightly orders. The ones that truly exist are plentiful and the fake ones can be sued or held criminally liable by any of the governments for infringing on their matters of state. Sometimes there are agreements for the fake (or social club only type) to take on names sounding similar to the actual Knightly orders, and their protections may range from corporate / company protections, which include merchant related commercial copyright and trademark protections, for local governments to understand how they pay taxes on such social club entities. However, those names of institutions may have nothing related to the current Monarchs and their actual true successive orders which have a true fons honorum in international law.
There are several Kingdoms and Dukedoms who maintain protections for Templar institutions (which today may not today use the name Templar exactly but are all of it in substance). Anything outside of these parameters is something new and should use different names other than Knight or Templar, if they will be Christian and honest. All Templar are first under their local sovereigns as Knight families (with enough lands to support a knight, which was a lot, with enough serants etc, as required to supply / maintain / fit 1 knight etc). This is the way. We’re here to support the true, or if wishing for investigation, we will help you all. You may wish to be a supporter to a knight, or gain adoption as well.
One thing few know is that only actual existing Sovereign Lawful Knights (holding land tenancy in fee of military service of their lord) could become Templar. Exceptions could be made if your father had right to become a knight (under his sovereign or if that government was in exile but had lawful right in international law). Also you couldn’t be admitted if you were born out of wedlock. There were no outlaws admitted, none with debts or conflicting vows or what would bring liability to the order. All bastard sons of the Kings/Princes etc were especially banned because that would create even more liabilities. So these were true knights with Royal protections, as they combined their secular knighthood with Sacred. I think it was good that their activists for Christ were so irreproachable. As Knights of real Sovereignty before they had joined, they had never in any way renounced their Sovereign / National Knighthoods. So they carried their weight above the bar.
It wasn’t till a generation later that the Templar were flourishing that the Western Pope of Rome decided to endorse the order. 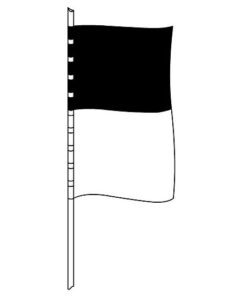 Also this was the battle flag of the Templar. Simply the standard of Black & White. I like this idea as truth is black & white.

As published by the House of Brunswick. From
Statutenbuch des Ordens der Tempelherren

Basically you must be already at the rank of knight by your local government, or father was at least with the right to be a knight. This can be also de jure rights to knighthoods when an existing Sovereign Government is still alive as per international law but maintained in exile at least by usage of title, and that the head of house has not renounced claim for any period, and if dormant the usage of the name and title of the monarch must be continuous, without gaps of more than 50-100 years for valid sovereignty in international law / laws of prescription. This title would have to not have been renounced by law and must have a continuous claim / protest to maintain their sovereign government. Proof of this continued protest is often satisfied by by using the coat of arms without interruption etc. 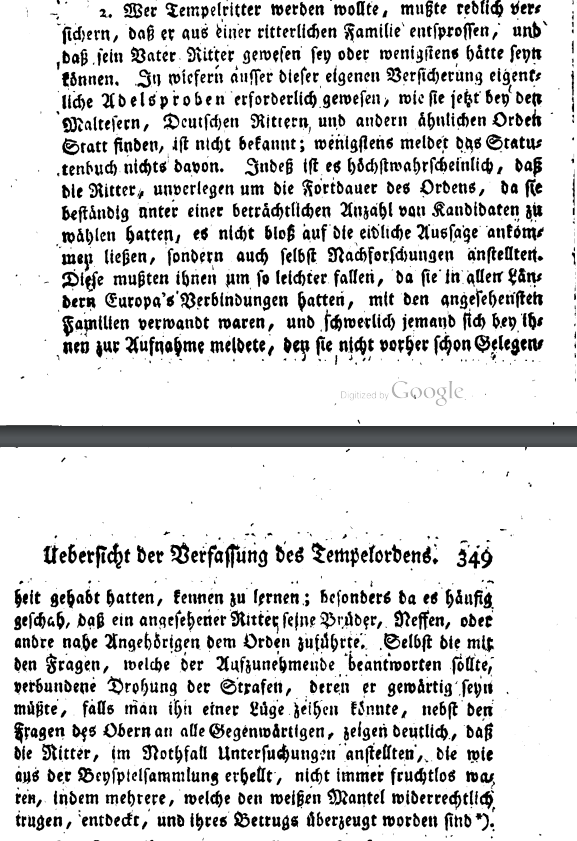 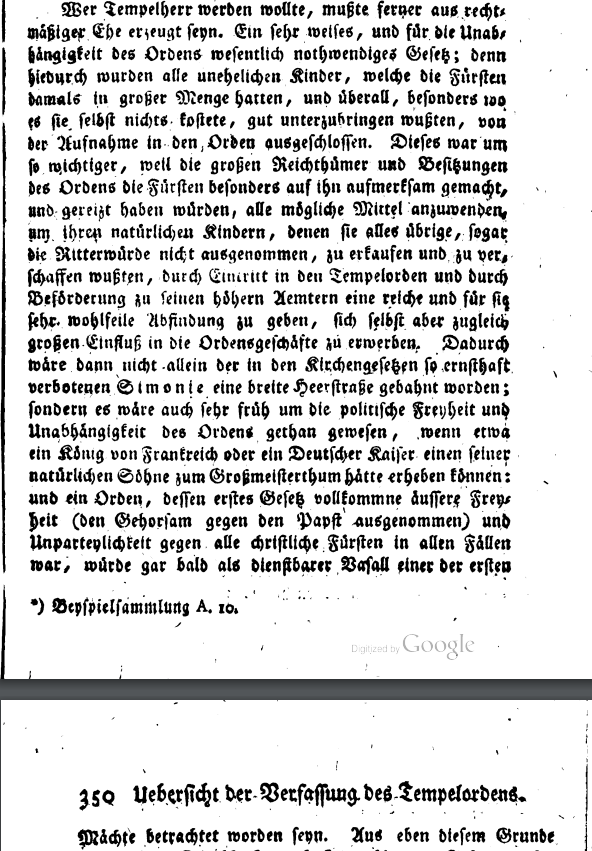