Wahres Israel unter Christus, dem König der Könige und Herrn der Herren!
Büro des Primat
Babylon vs Christendom, Fighting Communism (CDL), Humanitarian Projects, Friedensinstitut, Priorat von Salem, Protectorates, Red Genocide, Red Invasion
Verbreite die Liebe
We posted an update on youtube:
Dear Reader,
I sent a rebuttal letter to the Editor of the League of the South’s Newspaper, “the Free Magnolia” in a response to his article “Ukraine War: Globalism vs Nationalism” (Sent as a neutral, moderate, truly liberal and impartial member of the House of Wolfenbuttel-Brunswick). In this article he was saying only the Globalists (like Soros etc) (so-called Western/America’s institutions) pulled the strings in Ukraine and led a pro-Western maidan revolution and continues controlling all of Ukraine’s resistance to Russia today. He forgets it’s the Reds who took over the American institutions in the 1950s, and not vice-versa. He has not responded to the email. So I will resend it to him and remind, Please do not forget!
Anyhow, the Ukrainians aren’t as dumb as so many Americans think. Being in Europe for 13 years serving the people there, I learned that there’s a unique richness that hardly has such narrow capabilities. In the matter of Ukraine (who till the Bolshevik Revolution was considered part of the Most Christian and Most Richest Nation in the whole world) I can provide so much evidence. I was a witness on the ground of what truly transpired in Kiev during those days.
So I respectfully sent along this following rebuttal to the Editor Dr Hill of Alabama (a very conservative Nationalist, a scholar turned activist who led the very peaceful Charlottesville, as commended by Trump etc). These Southern protests were to protect our family emblems from being desecrated. Several state landmarks were being destroyed which was contrary also to the law. In any case it was an area where I would hope the law is more honestly followed, being myself a descendant of several honorable Confederate Soldiers and officers of that good war of states rights (As Lincoln said the invasion of the South was only to put a tax on it without representation. It had nothing to do with slavery, as Southern states already freed slaves long before the North thought of it, and many years into the war slave emancipation was set to happen in some Northern states, but other Northern states retained their slaves long after the war).
All good Nationalists must consider:
Büro des Primat

Is Russia Nationalistic or Just Convenient? There are some in the West who think Russia is more Nationalistic than Ukraine. I don’t want to give too much commentary. I just would list the following recent facts, that seem to negate nationalism in it’s traditional sense. Ukraine has been far more Nationalist conservative on each point […]

The NATO Treaty Article 2, 5 and 7 all point to NATO not being able to move unless the UN Security Council (permanently staffed by China and Russia) gives them the OK. Even the “attack on one” philosophy has to be interpreted within the prism of the permanent communist members of the UN Security Council. […] 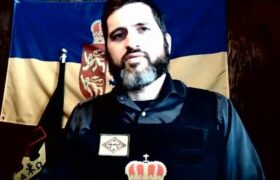 Rep. Wolfenbuttel-Romanov Speaks on Repelling the Red Invasion WATCH on Youtube To the Church-State Royal Priesthood of all born into Christ (Baptized and confessed etc). A solution to our predicament through the inheritance and like-minded freedom of association. A message on how so many traitors against their God, their Nation, Church and Families has resulted […] 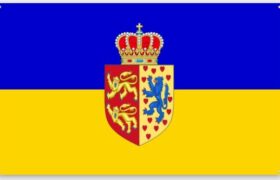 A continuation on the theme: www.wolfenbuttel.info Heirs of Several Former Goths’ States, the House of Brunswick-Wolfenbuettel Succeeded in the alloid inheritance of the Amali and Balti Dynasties The Living Exiled Brunswick-Wolfenbuettel House Being The Only Probable Successor of the Piasts (monarchy of Poland, Czech/Bohemia, Ukraine etc) Brunswick Continuing Knights Templar House of the Original Angevin […]

This week thousands of German Nationalists and French Nationalists have been talking about the restoration of the rightful Monarchy. The main article that has exploded in visits and shares online has been on the topic of the Continuing Templar Knights and the Angevin Empire rights in the House Brunswick. Other topics on these lines are as below, […]

Ukraine Crimea rights discussion. Brunswick Romanov Imperial duties A short discussion from the House of Wolfenbuttel-Brunswick on the true Imperial of the House successors of the lawful senior branch of Romanov-Brunswick. An obligatory dignity through God’s Grace in Christ, to be a matter of inner house arbitration. https://youtu.be/zAMCH_yCwJg This study focused more on the Brunswick […]

From the Office of HMSH Rev Dr Stephen MK Brunswick, Head Prince of the House of Wolfenbuttel-Brunswick, Primace St Andrew’s O.C.C. If you’re for European unity and solidarity you may wish to see a good Speech from the Estonian Parliament, Foreign Affairs committee. https://www.youtube.com/watch?v=BCJ47R03UQE   My comment was given: European International law does purport to […] 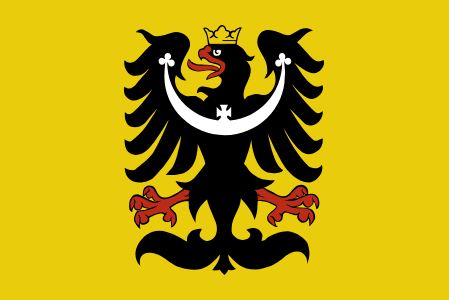 The arms of Piast Oels, from their last Sovereignty in Silesia.  The arms, the Oels family name, the property, and the territory of this Principality was officially inherited by the ruling prince of Brunswick as family of the last Piast Princess. Brunswick-Oels was violently annexed by Prussia, remains with Wolfenbuettel as chief prince in exile. […] 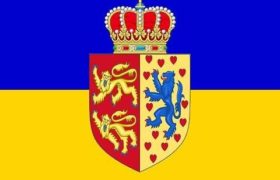 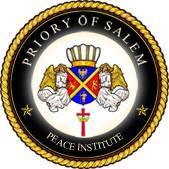 A short lecture by Rev Dr Stephen MK Brunswick, Dean, Priory of Salem, Institute of Peace Studies: https://www.youtube.com/watch?v=VhKHOAfiK6k  Till the Immigration Act of 1965, the precedent remained that only Whites could become US Citizens. People born after Obama in Hawaii in the 1960’s have also been stripped of their US citizenship as recent as the […]

Consequences of the Feds Claim to “Focus on White Supremacy” All races of the world love to think there is something special about their own people who should be preserved. A basic instinct of every living creature has been to love your own culture and heritage. However that core instinct of nature(creation as created) itself […]

The Bolshevist Kremlin occupiers continue to say what they always have, that they are fighting against Nationalism.

Now they are levelling whole cities to root out the “Nationalists” as they call them. I would think it’s quite insulting to tell these Ukrainians who sacrifice everything for their Nationalism that they’re actually now globalists. They’re being killed only for being Nationalists, and we all need to wake up and small the coffee.

As stated earlier, Russia has activated, and currently has a very strong Red Coalition of so many other countries like China, India, Iran, and now we see even Turkey rising up against the EU. These could attack America via the containerships network, as the Chinese military has recently seized during their current covid lockdowns. There are several leaked reports of these purporting to be sneaking in from China for a land invasion of America. America already has no defense system for the types of missles they have on the container ships, as leaked:

Situation Update, May 20, 2022 – China preparing for “D-Day” INVASION of the continental United States

The True Christian Defense League will not forget these aims of it’s foe who has long since hijacked and taken over a great number of America’s institutions. As you can read in the above articles, even Nato itself is under communist control. Any kind of support to communist related groups is still a Federal Felony, and so all conspiring with them have committed the length of a felony that requires anyone who knows of such plannings/conspirings to be able to do a citizens arrest (in most jurisdictions, in cooperation with law enforcement). So would this mean you have to arrest Nato members who may wilfully subdue America’s sovereignty under a communist council? That depends what kind of law scholar you are, which jurisdictions etc would say so. That is if they also believe in the Constitutional laws as written (laws that have not been deemed in a US Supreme court as being unconstitutional laws or null & void).

Thanking you for your time and consideration,