For our Brethren now celebrating Christ’s soon return, maybe it will be TODAY, this Holy Day and New Moon day (1st day of the 7th Month). As Christ was foretold will return in Glory and we appear with Him on this day of the “last trump”.
We are also in fear of the coming dreadful day of the Lord, known as the Day of Atonement, and are meditating on “National Repentance” for our peoples to find a way to “His service which is perfect freedom”. See my infographic on the Tree of Liberty now in public preview at the Priory of Salem Institute website.
As also in 10 days we will see the feast of Atonement (where prophetically those who did not receive Christ will receive the punishment that they rejected be done in their place, His crucifixion cup).
Today (Trumpets) is a day of sounding the alarm in Israel wherever His true Christian nations are scattered. We have known our identity as the true Celto-Saxon (and kindred) peoples, and have kept it in the major historic documents of our people.

This is but one of the many major documents demonstrating our unity as the true Israel of God. It is the primary basis for the Anglican Liturgy, called the Sarum Missal. Several Orthodox patriarchs recognized the English Liturgy as qualifying as canonical orthodox liturgy as recent as the early 1900s. Today’s English Liturgy is known as the Book of Common prayer. More on that you can find on our website. The Historic Celtic Church and Today’s Orthodox Church of the Culdees. 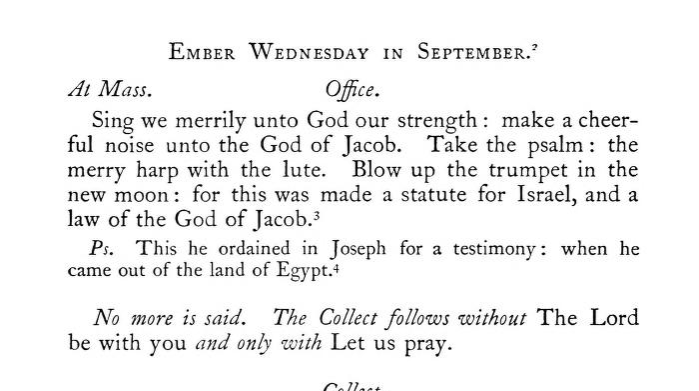