True Israel Under Christ the King of kings and Lord of lords!
Office of the Primace
Uncategorized
Spread the love
The NATO Treaty Article 2, 5 and 7 all point to NATO not being able to move unless the UN Security Council (permanently staffed by China and Russia) gives them the OK. Even the “attack on one” philosophy has to be interpreted within the prism of the permanent communist members of the UN Security Council. It says the Security Council (of which China and Russia have nearly half the seats) have the primary responsibility for NATO’s security maneuvers and that NATO countries will abide by this UN Security Council.
Could this lead to the eventual GOG MAGOG situation? Hoskins said that when they come to our land that the prophecy says YAHWEH will ensure they all find graves here, if you read the text. He however thought that they were already here occupying for quite a while. All their camp is also listed, a “russian coliation” probably. All those countries India, Iran, Syria, Brazil, Venezuela, China, etc all joined together with the Red Invasion.
Right now all those countries I just mentioned have a NEUTRAL status, or supportive status of the Ukraine “military operation” as they go blowing up cities. So we see their form remaining as so many have warned.
George Washington also had such a dream of this red cloud which we may be starting to see form. Perhaps Biden’s successor will just welcome in those UN forces, with full cooperation of their UN Security Council to occupy America like they’re doing in Ukraine.
Docs are attached in regards to Nato Treaty, and the permanent security council members.
More on this evil Red / Russian Coalition at https://st-andrewsocc.org in our Red Invasion section. One of their arms is antifa, as their Red Army was blatantly Russian from East Europe who forced the abdication of the Prussians. House of Wolfenbuttel-Brunswick maintained title claim, no abdications, but retaining rights to most of Germany, and was consistently in protest against Prussia and other occupier countries also. 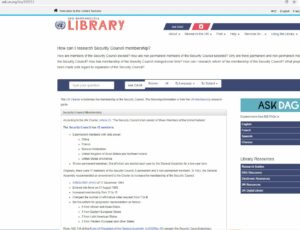 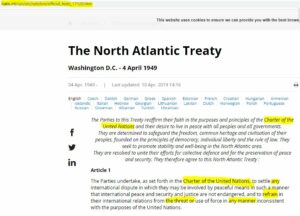