True Israel Under Christ the King of kings and Lord of lords!
Office of the Primace
Uncategorized
Spread the love
A Church Bishop in Finland is being prosecuted for publishing a 24 page booklet in 2004 that merely says that God designed sex for within a marriage.
Evidently it’s now considered a hate crime in Finland to say “no sex before marriage”, as all churches have taught in all previous generations.
The only known definition of marriage in Finland in 2004 was between 1 man and 1 woman. This was the only known definition in the world at the time.  1 man and 1 woman has always been considered the definition of marriage. Most nations stay out of state local matters, who also leave it up to local churches to manage this sacred institution. This has long been the democratic way, without legislating in discriminatory interference and direct regards to the establishments of religion.
So the Finnish government is declaring this past work as “inciting hate” against their brand new protected identities (implying an unlimited list of genders also etc). However it has always been known as a work of love to teach our faith, not hate. The topic was about love itself to the culture of people it was written to.
It should still be mentioned that most of those newly created identities (more than 100 new different genders) weren’t even yet invented. Many of those lists of newly created genders had not been published in any literature found anywhere worldwide at the time. Also in Finland you were 4-5 times more likely to be struck by lightening than to be a transgender.

“Meet the man who appears to be the first in the post-Soviet Union West to be brought up on criminal charges for publishing long-held Christian beliefs.” (the Federalist wrote) 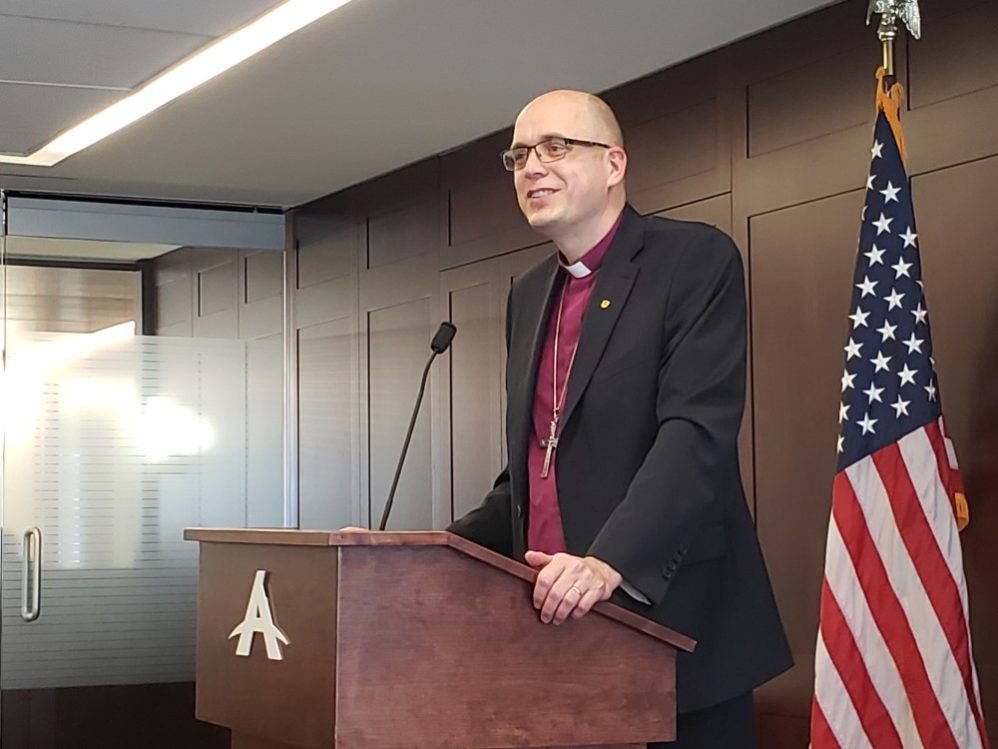 To me it is obvious that the “new” identities created in Finland in the last 5 years under the Obama-Biden pressure matrix seem to have gone horribly wrong. In 2004 when his book was printed students were 4-5 times more likely to be struck by lightening than to be a transgender. Also that year the booklet was printed same-sex marriage was illegal nearly everywhere, including in America. Most acts of homosexuality, including private sodomy in a person’s own bedroom was a felony in several states. This was only overturned in the Supreme Court in 2003. Also sodomy remained a felony crime in many scenarios (like while active in the military) for another 10 years thereafter. It would seem these radical actions by the state against such foundational church establishments has little to do with the new “protected” identities and more about radical atheists destroying Christianity and making a state based on an absolutist ideological belief system of atheism.

Here’s some more math from psychologytoday.com on countries like Finland who when the book was published had only about 0.0025% of their population who had any kind of “gender dysphoric” or identity doubting tendencies. The existence of which this government says they’re just trying to protect, while persecuting all others with a very real persecution of their religious beliefs https://www.orthodoxchurch.nl/2021/11/4-times-more-likely-to-be-struck-by-lightening-than-be-transgender-in-america-10-years-ago/
These should better reflect (as in the above source links) demonstrated from America’s CDC who had announced that 3% of all public indoctrinated school children now identify themselves as transgender. This group is commiting suicide at a rate of 1/3. This report was taken the wrong way and so countries around the world to increase the chemical castrations of the children even with or against parental consent. However that number of suicides was found to only increase even higher when they are chemically castrated by all accounts. Most had last words of regretting the irrepairable medical procedures they did to their bodies.
Kind regards and God Bless You
Rev Dr Stephen MK Brunswick ThD, PhD
Primace, OCC
http://st-andrewsocc.org
Related studies:
Shame on reddit for removing the basic news story of these ministers about to get 10 years in prison https://www.reddit.com/user/RevDrBrunswick/comments/rdg092/10_years_in_prison_for_basic_mainstream_doctrines/
← Previous Post
Next Post →