Many Holiday Greetings from Chief of the House, HMSH Rev Dr Stephen MK d’Guelph, von Wolfenbüttel-Brunswick, video address for our suffrage populations’ rights to freedom to obey God in peace. Chief and Head of several Dynasties of Imperial and Royal blood of Europe and Britain, with continuous legal right upheld in numerous effective treaties and laws.

Video address given to members and associates.

As in tradition of all years, we encourage people to Celebrate our King and His coming into the world on as many days as possible, but not forgetting the commanded feast of Tabernacles! Our Celtic and Folkish faith has always observed the signs in the heavens, like the Didascalia mandated New Moons, recognizing the first new moon after the equinoxes (and their midway points of the solstices notwithstanding, as important for knowing harvests and the days God said “all flesh will worship” Isa 66:23 etc). As the Early Church Father St Methodius had declared that Tabernacles is COMMANDED. Earlier article by our Primace, Stephen MK d’Guelph von Wolfenbüttel: Many Hails On Many Days For Christ’s Birth, and Restoring the Original Feasts

The book on the great status of our House of Wolfenbüttel is now on pre order. It includes the numerous effective international treaties and laws keeping our Dynasty and House active in law (above all opinions of men) and is now available on pre-order. You may order by writing to SM@wolfenbuttel.info. A small presentation (teaser) on this subject is available in the video. You may hear more about it also on our facebook page or our Youtube Channel https://youtube.com/thebrunswickers or by inquiry at SM@wolfenbuttel.info , all of which are now in the 12th year of registration, local possession, and full legal assumption per the international treaties of regaining the specific hereditary estates and dominions. As kept in continual protest and claim, transmitted by international treaty, and laws governing the place of domicile mentioned in the treaties of the Brunswick hereditary succession, and by clear house succession law of Wolfenbüttel.

We had the status recognized officially and unanimously as matters of indisputable facts that Hanover was no longer considered the Natural family of Wolfenbüttel-Brunswick, the Elder Branch, and that Hanover was no longer part of the Junior branch of the House after their waging of insurrection, and official edicts by the Chief Duke Charles II von Wolfenbüttel in the 10th year of his indisputable de facto and de jure reign on the throne. He remained legally 1st (or if Hanover survived the trials 3rd) in line of succession to the British throne after Queen Victoria. This was for the supreme right to rule Britain as well our our Polish and Central European estates and dominions. This was above the opinions or wishes of our house, but of the laws of sovereignty.

We greet you this season with the pleasant news of our recent book on “Sabbath in the True Orthodox Church” has been discounted from $7.77 now down to $4.99. Everyone should get a copy of this inspirational subject proving God’s True Israel Christendom. 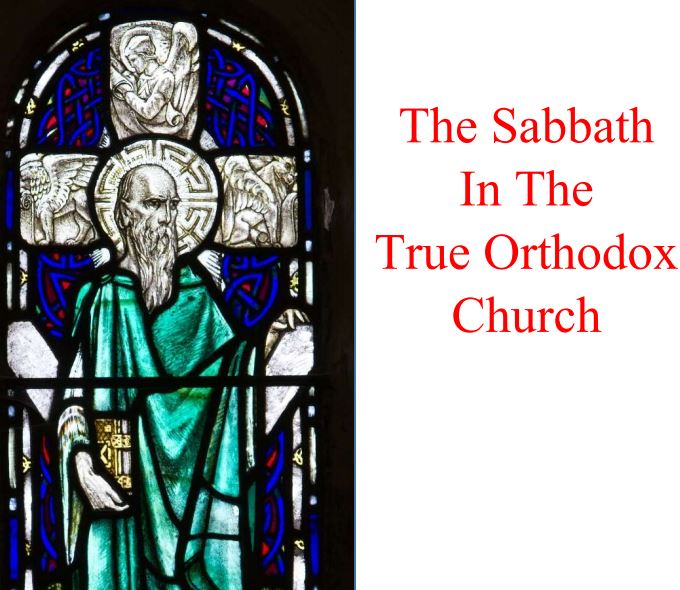 As available at this link: The Holy Orthodox Sabbath Book or copy/paste it as https://www.amazon.com/dp/B07ZN5MHBJ

Teaser quote from the book (also regarding our older Orthodox Christmas date):

+Bishop St Methodius of Olympus (3rd Century) declared: “For since in six days God made the heaven and the earth, and finished the whole world, and rested on the seventh day from all His works which He had made, and blessed the seventh day and sanctified it, so by a figure in the seventh month…, the great Resurrection-day, it is commanded that the Feast of our Tabernacles shall be celebrated to the Lord…” (Methodius. Banquet of the Ten Virgins (Discourse 9, Chapter 1).

This greeting is from the Senior Branch of Brunswick the House of Wolfenbüttel (d’Este-Guelph), we succeeded as per house law as required by our cadet branch, the branch that succeeded our Great Uncle Ulric d’Este Guelph Brunswick in 1935 who fought valiantly in accordance with numerous treaties against the Hanoverian and Prussian occupations of our estates.

Order of Charles II (Herzog von Wolfenbüttel-Brunswick and Wolfenbüttel-Lüneburg, 1825-2021, 1st in line of succession to the British Throne after Queen Victoria.)