From Rev Dr Stephen MK Brunswick, at our office on Dixieland Rd:

Counting here only my US Confederacy ancestors, the ones who fought as Soldiers. These are mostly just GG Grandpa. However some were GGG (3x!), and one is my GGGG Grandpa.
(My Confederate America Nott lines are founders of the original government of America as a “Perpetual* Confederation” (before and after the English dominance as the true de jure Government of America before the states changed to be corporate entities) and the family in Virginia as well as South Carolina (Dr. Josiah Nott, moved to Alabama) lead the greatest Anthropological studies (books still are used today in Eugenics studies, medical cases against interracial marriage etc). Dr. Josiah C Nott was a Confederate surgeon and Director of multiple Alabama hospitals). These other coats of arms are of my Confederate GG Grandparents who were Confederate soldiers (Officers mostly) in Tennessee, South Carolina, and additional in Alabama.
It should be noted that all the states were Sovereign countries and the US Constitution itself still today says the Federal agent is only to guarantee a Republican form of government for each state, and that the power is in the states, not the central government.
In any case I like to mention the Southern heritage which was fought for by these my Grandparents. 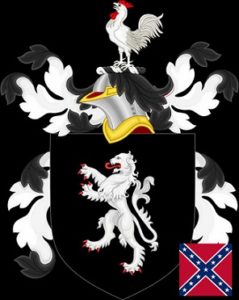 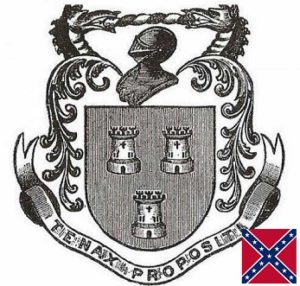 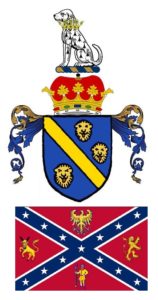 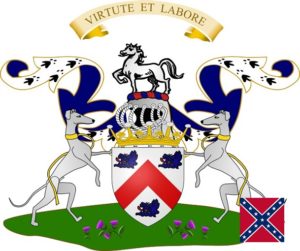 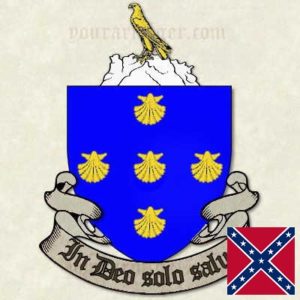 Celebrating the True Gregory of Nyssa and other Orthodox. As from my book “The Sabbath in the True Orthodox Church” +St. Gregory, Bishop of Nyssa in the De Castigone was recorded saying “with what face wilt thou look upon the Lord’s day, which has dishonored the Sabbath, knowest thou that these days are sisters, and whoever doth despise the one, doth affront the other?” as available on Amazon as an E-book: https://www.amazon.com/dp/B07ZN5MHBJ

Life of Saint Gregory of Nyssa
On the 10th of January, the holy Church commemorates our holy father among the saints, Gregory of Nyssa.1 Gregory, Bishop of Nyssa (372…
johnsanidopoulos.com

Plato described exactly how the Democracies Rise and Fall. We’ve seen it repeat every time. Now is no different how it plays out. https://americanminute.com/blogs/todays-american-minute/how-democracies-republics-rise-fall-a-crash-course-on-platos-republic ” The Cycle then starts over again. It was described so well, and this is exactly what we are seeing. Most state Republics of the world change their central government all the time, sometimes a Monarchy or Empire, principality or other truly legit Royal or Aristocratical. In 1867 My American House of Nott-Brunswick von Wolfenbuettel was allowed our estates to be re-inherited without any penalty. This was passed unanimously in the House and the Senate and was signed with a Presidential Declaration in 1855. In none of the founding documents are there a major prohibition against having a Monarchy, just George Washington refused the crown as all the people had Jesus as King, and independence and freedom solved everything. If tyranny becomes the new government, long after the normal cycle, these things have a tendency to reset themselves back. As Republics are always an overgrowth of a Monarchy. The law still describes our union as being in a process of “perfected”, although not yet. That union the Constitution points back to could be none other than the 400 years of our “perpetual Confederation” under a monarch. With one note, the first version of the first American constitution was without any reference to a Monarch, just our perpetual Confederation under Christ as drafted in the courthouse of my Great Great grandfather Serjeant, Judge, Commander John Nott in Wethersfield Connecticut. As it says our continuing union is of the Christian people formed in a “perpetual confederation” perpetual meaning un ending.
Here’s the main cycle, listing #1 as Royal and Aristocratical… followed by
– Timocratical,
– Oligarchical,
– Democratical,
– Tyrannical.

How Democracies & Republics Rise & Fall: A Crash Course on Plato’s Republic
Plato was a Greek philosopher who lived in the city-state of Athens. In 380 BC, Plato wrote The Republic, where he described in Books 8 and 9: “States are as the men are; they grow out of human characters.” “Like state, like man.” … Read as PDF SOCIALISM – The Real History from Plato to the Presen…
americanminute.com