Very important information as the world turns a blind eye to this holocaust.

We are building up a section of news articles on this topic as found at http://orthodoxchurch.nl/category/south-africa-crisis/ and throughout our website.

From GenocideWatch.org, South Africa remains in the final stages of full Genocide, as Whites are selectively murdered at an ever increasing rate. Every country trying the Babylon mixing-integration programs by force have always had the same problems, and the former peoples are gone eventually. Freedom would solve everything, freedom and right of self determination, freedom of defense, freedom of assembly, freedom of association (or disassociation on any basis). However the haters of our Christian civilization have gotten into power and their atheist activists are restricting this freedom of our people rather than allow us to equally promote our own culture. True tolerance would be to equally respect the separate ethnic heritage and culture of every race, letting them be free to self govern and free to create voluntary private organizations on their private property. Supposedly those all are human rights to associate in such manners, these human rights are signed by most nations around the world, and yet these are violated only against one group of people, and the genocide levels are very high everywhere, not just in South Africa. 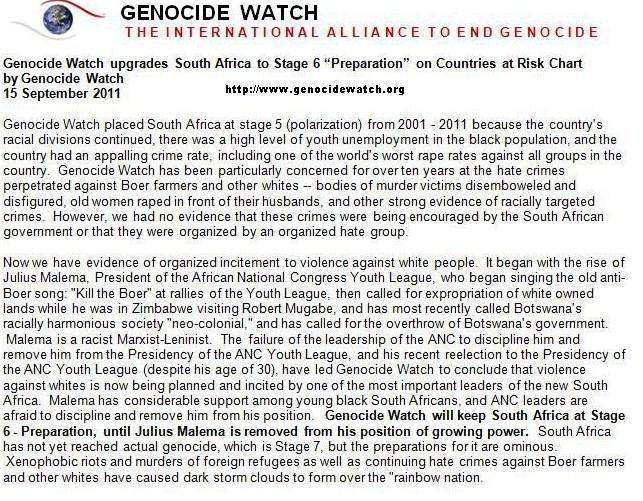 The above was stated within the 2011 definitions, showing how South Africa was about one step away from the extermination stage, as shown on the genocidewatch.org website. This is now about 20 years with the classification of genocide, although the scales slightly change and re-define. 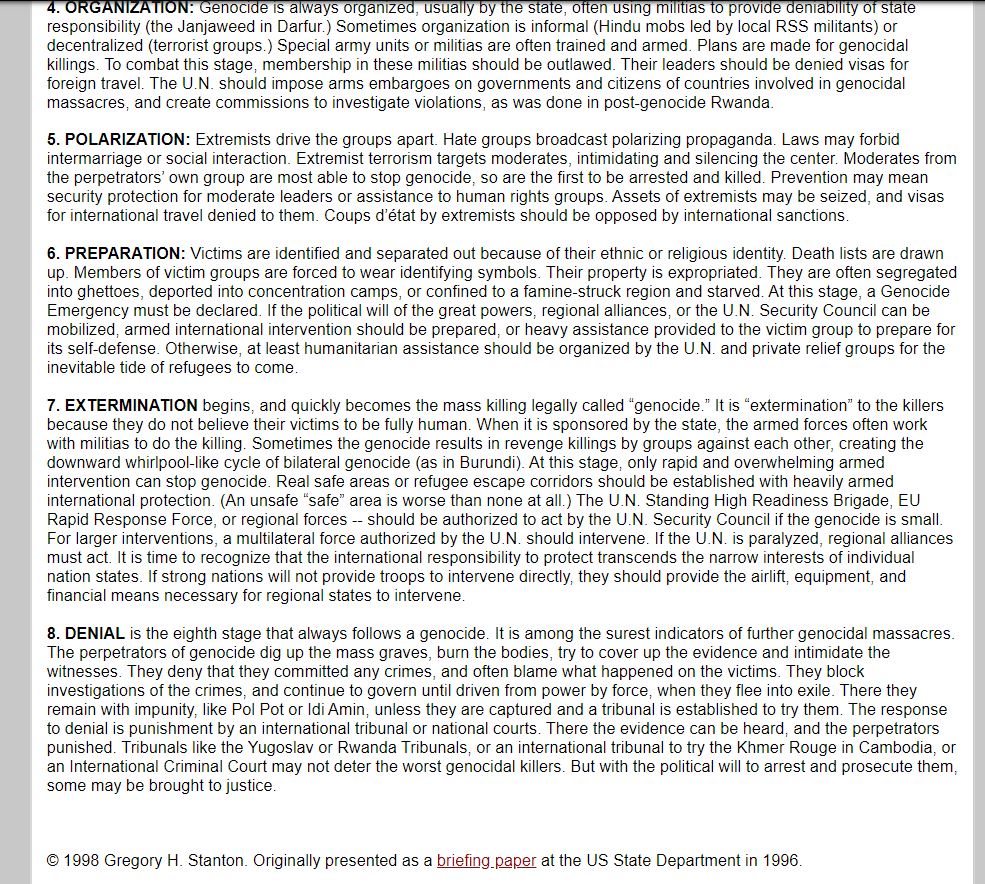