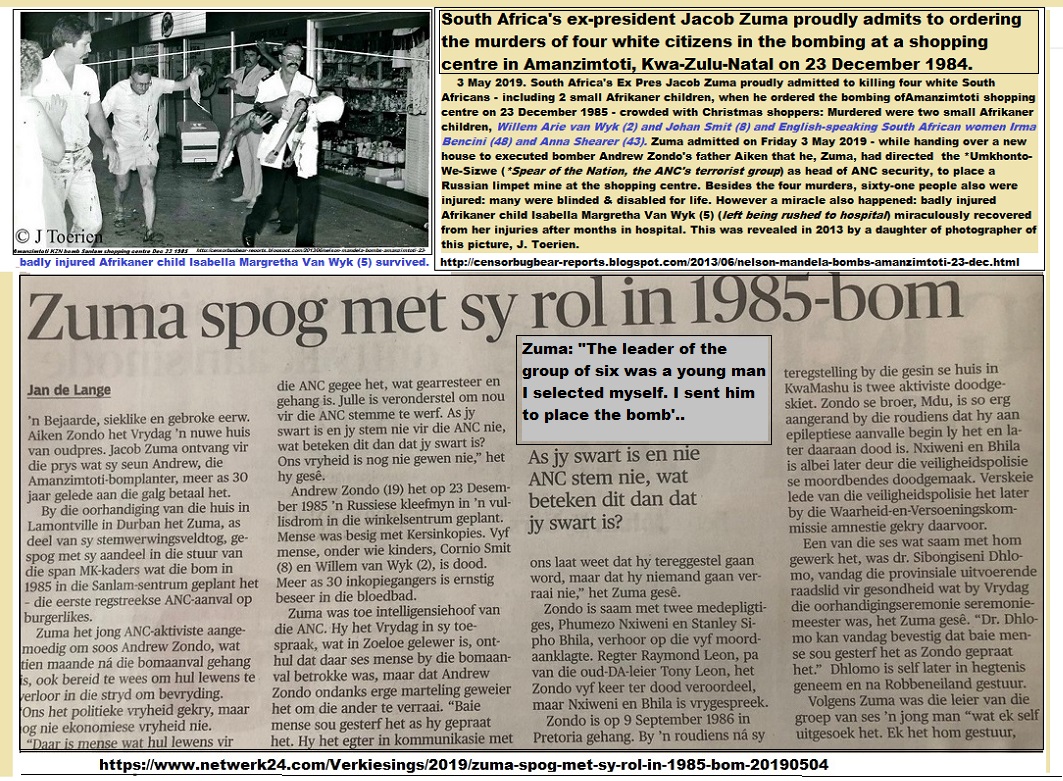 6 May 2019 – South Africa’s ex- President Jacob Zuma admits that he ordered the bomb attack in which 4 white South African civilians – including 2 Afrikaner children — were murdered in Amanzimtoti, KwaZulu-Natal on 23-12-1985.  Zuma admitted this in a speech in his native Zulu language while donating a new house to […]