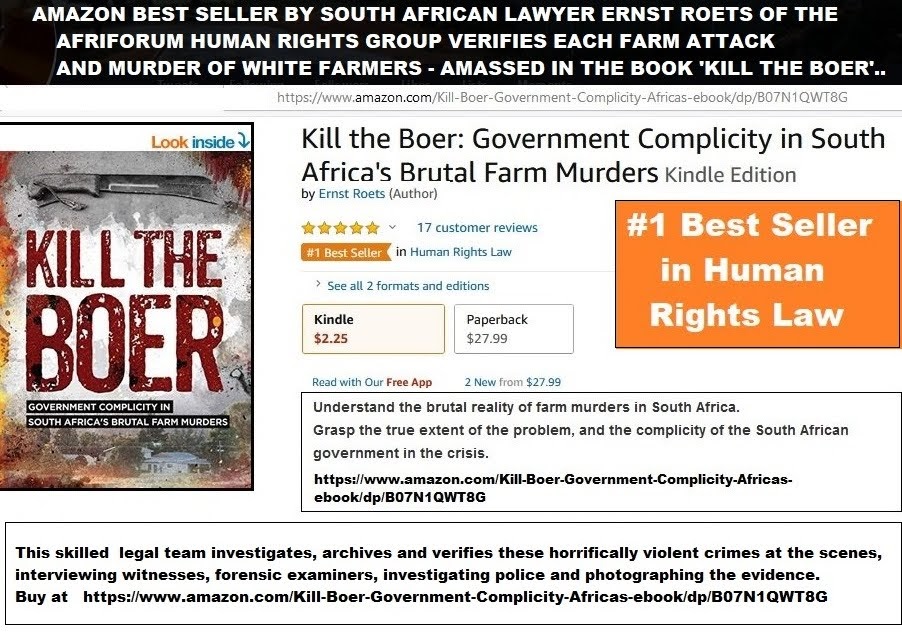 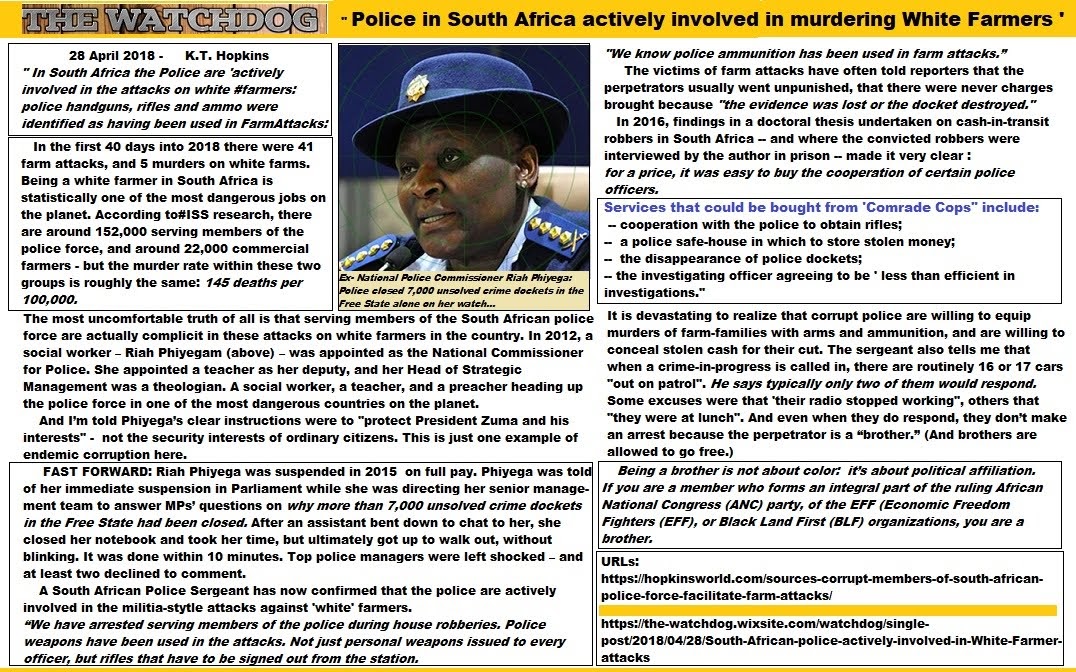 After the @Afriforum human rights watchdog in SouthAfrica handed their latest archived farm Attack statistics to the President’s office in 2017, Afriforum spokesman @ErnstRoets wrote his 2019 Amazon best-seller  “Kill The Boer”   – which records evidence of the ruling government’s complicity in the ongoing attacks against the white farmers in the country.