as found below, complete with illustrations that were sent to give a merciful warning to the Mayor to turn around his conduct before he is arrested and brought to justice in a court of law. Thanks be to God and for His servant Reinhold for sending on the response and rebuke of the present Mayor of Philadelphia.

Join us in the daily prayers, praying against evil and the praise of God’s glory to triumph.
—– Forwarded Message —–
From: Reinhold
To: S M K <marshalofsalem@yahoo.com>
Cc: “James.Kenney@phila.gov” <James.Kenney@phila.gov>
Sent: Sunday, August 5, 2018, 12:30:23 AM GMT-6
Subject: Malfeasant Mayor of Philadelphia
+Bishop Stephen,
Thank your  NOTICE  describing the criminal mischief of the Malfeasant  Mayor of Philadelphia, JIM KENNY.
“The Just powers of government are derived from the consent of the governed.”
OUR Christian Law is founded upon The Commandments of our Creator, God the Father Almighty.   That is the immutable foundation of OUR Christian Constitution.   Justice is made immutable  only by The People willing to enforce their Law.
NO LAW NO PEACE – NO PEACE NO LAW 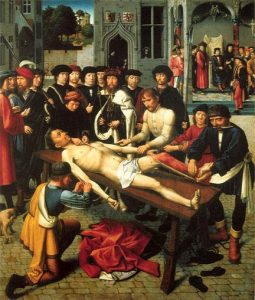 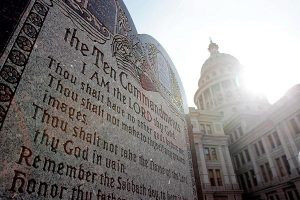 “Those people that will not be governed by God will be ruled by tyrants.”   William Penn
The comment posted below is profoundly appropriate for that corruption that has despoiled the marvelous work of our Father through Christian Founder of Pennsylvania, William Penn,  whose lifetime career presents the source of the learned Christian Precepts that form the substance of OUR Constitution.  The Christian precepts upon which all governance for the City called “Philadelphia” is founded.
“No man can serve two masters for he will love one and hate the other.”
Jesus of Nazareth
“I once spent a year in Philadelphia, I think it was on a Sunday.”  WC Fields
Under the Current Insurrection, Philadelphia  (The City of Brotherly Love) has failed in every respect. Such condition is common among the failed institutions for our governance  in the  all the cities and all the states in this “America Gone Mad.”
YOUR Tyrant lives a life of luxury and leisure in mansions that you pay for surrounded by thugs  guns, bullets and bombs by which to terrify you so that you remain persuaded that YOUR Tyrant is invincible when he is NOT. That blood-soaked field in Lexington and so many other places prove well that tyrants rule only fearful men.  Never the intolerant,  the brave and the bold.  A disarmed People are the food of tyrants.
JIM KENNEY, The Cowardly Mayor of despoiled Philadelphia, is no “Public Servant” but merely as any other hypocrite.  It was  a Commoner that we call, “Jesus of Nazareth”  that called out the False Teachers of the Law like unto those of today.   He declared,  “Woe unto you, hypocrites!…  You brood of vipers! …Murderers! … How can you escape being condemned to hell?   Yes, Mr Trump, you are included.  Mr, Kenny merely ruins Philadelphia and you have so much more that you do.   All of you FAKE Public Servants”   so much more that you say and do not do.
THE CRISIS

THE CRISIS I. (THESE ARE THE TIMES THAT TRY MEN’S SOULS)

THESE are the times that try men’s souls. The summer soldier and the sunshine patriot will, in this crisis, shrink from the service of their country; but he that stands it now, deserves the love and thanks of man and woman. Tyranny, like hell, is not easily conquered; yet we have this consolation with us, that the harder the conflict, the more glorious the triumph. What we obtain too cheap, we esteem too lightly: it is dearness only that gives every thing its value. Heaven knows how to put a proper price upon its goods; and it would be strange indeed if so celestial an article as FREEDOM should not be highly rated. Britain, with an army to enforce her tyranny, has declared that she has a right (not only to TAX) but “to BIND us in ALL CASES WHATSOEVER,” and if being bound in that manner, is not slavery, then is there not such a thing as slavery upon earth. Even the expression is impious; for so unlimited a power can belong only to God.
Whether the independence of the continent was declared too soon, or delayed too long, I will not now enter into as an argument; my own simple opinion is, that had it been eight months earlier, it would have been much better. We did not make a proper use of last winter, neither could we, while we were in a dependent state. However, the fault, if it were one, was all our own*; we have none to blame but ourselves. But no great deal is lost yet. All that Howe has been doing for this month past, is rather a ravage than a conquest, which the spirit of the Jerseys, a year ago, would have quickly repulsed, and which time and a little resolution will soon recover.
I have as little superstition in me as any man living, but my secret opinion has ever been, and still is, that God Almighty will not give up a people to military destruction, or leave them unsupportedly to perish, who have so earnestly and so repeatedly sought to avoid the calamities of war, by every decent method which wisdom could invent. Neither have I so much of the infidel in me, as to suppose that He has relinquished the government of the world, and given us up to the care of devils; and as I do not, I cannot see on what grounds the king of Britain can look up to heaven for help against us: a common murderer, a highwayman, or a house-breaker, has as good a pretence as he. 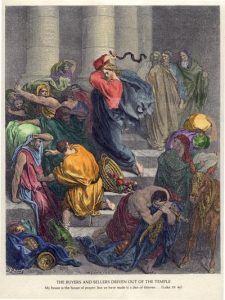 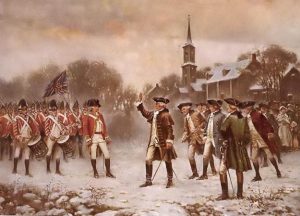 WE MUST FIGHT.  Patrick Henry 1775
Reinhold

The word racism was invented by the mass murdering communists (who killed 66 million of their own people). One of the most evil people who ever lived, Trotsky, the biggest mass murderer of Stalin and Lenin, invented the word racism. RACISM IS A COMMUNIST WORD! They wouldn’t just label you as being a racist, they would kill you. Just like today so many leftist leaders in society are saying “Kill All White People” and they say they want to kill the US president when he has never said anything racist. They all don’t just label they attack and often with lethal attacks against those who they call racist, which are furthest from being racist.

Trotsky invented the word racist, and used it as a justification after having already killed millions of their own innocent citizens and having stolen their wealth.

The label of racism was created only by communists to attack whoever doesn’t want to mix and destroy their culture. Anyone who were accused of racism were executed for treason, even if it was just a suspicion that couldn’t be proven. See here Leon Trotsky invented the word racist, the first time the word was ever used,

PENETRATE.BLOGSPOT.COM
“Racist” — A Word Invented by USSR’s Leon Trotsky
by Dustin Stanley The word “racist” has for a long time been the single most effective fear-word in the leftist and neoconservative ars…

So do you have this communist word in your vocabulary? Under US law then you ca be arrested and tried for supporting communism and their successor organizations like ANTIFA. One can argue that using the word racism to overthrow the government, can land someone 20 years in jail. We recently covered those laws that several US Mayors may be found guilty of, who are presently conspiring with terrorist communist organizations to shut down ICE and promote sanctuary cities. Most of all, they say they’re attempting to assassinate the president, while they slander him with this communist word “racist”.