You may also leave your comments at the Facebook Page for www.OrthodoxChurch.nl or on https://www.tributes.com/obituary/show/Lesley-Curtis-Boyle-106208658

A great memorial tradition is now started as our head Bishop Dr. Lesley Boyle ThD has joined YAHWEH on this great High Holy day of Pentecost. This year, the feast day of Pentecost (on the Hebrew calendar) landed on June 24th, see www.BiblicalCalendar.org. This is the calendar of the original true orthodox church.

This year also much of the church world, Anglican, Celtic and other various Christian, Catholic and Eastern Orthodox, were all celebrating the birthday of John the Baptist this same day. We know he came in the spirit of Elijah and that Elijah church will be reigning supreme with our absolute King Yahshua, some day soon. Every knee will bow, and every tounge will confess His sovereignty and that He is YAHWEH God. See:

On the High Holy Day of Pentecost (Hebrew Calendar per equinox/crescent and as found in the Christian Orthodox Didascalia Constitutions of the Apostles), our friend, Elder and Pastor Lesley Boyle has gone to meet his Maker.

It was a day of great celebration of the Holy Spirit, as we are commanded annually to remember the great work of YAHWEH and to rest. This year I believe Pastor Les Boyle has entered into that full rest. We thank YAHWEH for this time and give all glory to Yahshua for this great news!

We believe it’s another sign and remembrance for us that He has joined His church and the church is always with us. We are surrounded by a great cloud of witnesses, the Apostles, Disciples and Angels. See:

From 2010 till 2018, Pastor Les Boyle was co-host of the Kingdom Message broadcast as heard every Sabbath at www.ChristsAssembly.com. Many of these are recorded and are still available online in mp3 format at the website. Before his move back to his childhood hometown in Texas, he was active in ministry for Restoration Ministries and as a Culdean Cleric for Southern California. He was a man full of the love of YAHWEH.

He was a staunch American patriot and true Israel believer. Full of the grace, peace and love of YAHWEH. He stood for the absolute Sovereignty of YAHWEH and His word. He was active spreading that good news of the Kingdom, the ultimate victory of Christ and His church, the regathering of Israel, and the coming national repentance and salvation work the Holy Spirit is doing. We all look forward to that full day of reckoning when Yahshua will come to be our judge and King, to set right all things. Those who love what is good will also join with us in His songs.

At any given Sabbath or other meeting He would recite from memory, any given Psalm, or recite multiple chapters from the word of YAHWEH. We could often pick any chapter or book of the Bible and He would recite the text verbatim, and we could follow along in our Bibles, chapter after chapter, and He wouldn’t miss a word.

He was the head Moderator and Lecturer for Restoration Fellowship at OC California from 1998 till 2012. In his earlier years was a major supporter and contributor at Restoration Ministries. The main sanctuary at Orange California was a Culdean Orthodox church and seminary. Via his ancestral and spiritual background, he was proud of his Culdean heritage and stances of the true Hebrew and Celtic church. Although often very modest, he rose high as a Culdean Cleric together with the true Israel teachers and prophets (.i.e. regular guest lecturer E Raymond Capt., Sheldon Emry, Prophet Leroy Crouch, Pastor Dan Gayman, and others). Some of his direct proteges, under his direct anointing, have reached millions of people with the Kingdom message.

He became a senior Culdean Bishop of the Orthodox Church with oversight of several assemblies in the communion, Orthodox Church of the Culdees. He was on the main board of directors as leading Professor for the Priory of Salem, Peace Institute. 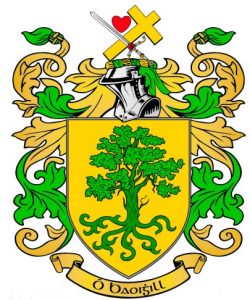 Being he himself a descendant of the true Davidic house of Ireland (of Niall of Nine hostages, High Kings) from the Boyle Clan, he had his rights confirmed in the holy and orthodox church of the Culdees. This family was not only the main high kings of Ireland via their Davidic ancestry (Zarah/Pharez union of Jeremiah), but also this direct family line (of the Boyles) were often the main Abbots of Iona and other Culdean holy sites.

The bishops and priests of our church which he anointed and officially consecrated must be taken with seriousness.

He’s not just a priestly man but was down to earth, a great sense of humour, very lively and athletic. Till his last few years was active in bicycling, hang gliding, and pistol shooting. He was very social up through his last 20-30 years. He was blessed with abundance in his profession in construction, and after work normally was an avid film goer, and kept company with numerous saints in the church for dinners and meetings throughout the week. He was a great counselor and a most loyal and best friend anyone could ask for. He lived a fruitful and rewarding life till his last few years when falling ill. However, still he had good friends there to support him through. His last messages within the last year of his life are preserved online at www.orthodoxchurch.nl. He was a man of many talents, a jack of all trades, expert marksman, he was skilled more than many attorneys or paralegals in court, a true priest of YAHWEH, and a sovereign patriot. He did not back down when he was right, and often sacrificed everything for the truth. A true man of YAHWEH that will be missed.

As a token of the love of YAHWEH, our Benelux archdiocese (headquarters) for the Orthodox Church of the Culdees, has now a guest. Since about a day after his passing on Pentecost we now have a guest, a creature known as a Columbidae(Pidgeon/Dove), and has for several days now been a new member of the family.

From day one our Columbidae guest came right up to the door and demanded entrance into the sanctuary, and now throughout the building. He has now a chief spot on the back patio he occupies. He enjoys rest, water and food there.

The doves are very special to the Orthodox Church of the Culdees. As one of our greatest fighters for our Hebrew Calendar against all threats of Rome, standing up for the original Bible believing Celtic Church(and the traditions handed from Saint John through the church of Ephesus, well known among the Waldensian Bishops of Lyon France, and keeping Saturday as the only weekly holy day for the majority of the time our religion has been present in the British Isles. Columba and his successor Columbanus, (and other successors) are named after this great leader with the name of the dove. He was well known and documented for His love, peace, and dedication, surnamed “Dove of the church”.

I must say, growing up with Lesley as one of my mentors from the late 1980s till today, he truly was salt of the earth. He was a great counselor as was Pastor Crouch, who had called me a son. Lesley was a committed man of principle, of openness, of love and kindness. He was a wealth of knowledge on theology and other studies like in matters of sovereignty and common law. He took his stand many times in court and won cases. He got along well with really everyone we knew. When he moved back to Texas he told me several stories as he preached and taught in the local churches, trying to win them to the feasts and Sabbaths of YAHWEH (at least as a witness), to learn more things to praise YAHSHUA as they all point to His working, and will one day all be fulfilled by Him and His church body that Christ is literal head of. As it says, the Sabbaths and feasts are of the substance of Christ and “things to come” not things gone by.

We both were brought up into rank in the church through the Prophet of YAHWEH, Pastor Leroy Crouch. Crouch himself was taken up into heaven 17 times and was literally given the book of Ezekiel and was commanded from the throne of YAHWEH that he must teach the book of Ezekiel. This specifically was taught from YAHWEH  the subject of the cherubim of glory, the temple chambers, and on the Holies of Holies. He followed suit and taught this message as given direct from YAHWEH, with 35 years of lessons recorded onto tape. After his passing in 1999 it has been a priority of our ministry to get these tapes reformatted and distributed. We have also advanced several spinoff teachings on the cherubim in accordance with the word and teachings of Crouch. Crouch also ensured the local assemblies were orthodox Celtic, with the various markings of a true Culdean assembly. We advanced the same books and articles in distribution, and kept the elders coming in regularly teaching in the ways of our people, the true Israel Christendom.

Here is my most recent photo of Dr. Boyle, from an outing near one of our feast sites, where we celebrated the Pesach (Passover and Unleavened bread, feast of Christ the Apostles, and Hebrew Celtic church).

I also attach some photos of our friend the Columbidae, that has arrived and entered our home just at the time of his passing on the day of the Columbidae (and day of John the Baptist-Elijah), the feast of Pentecost, 2018. 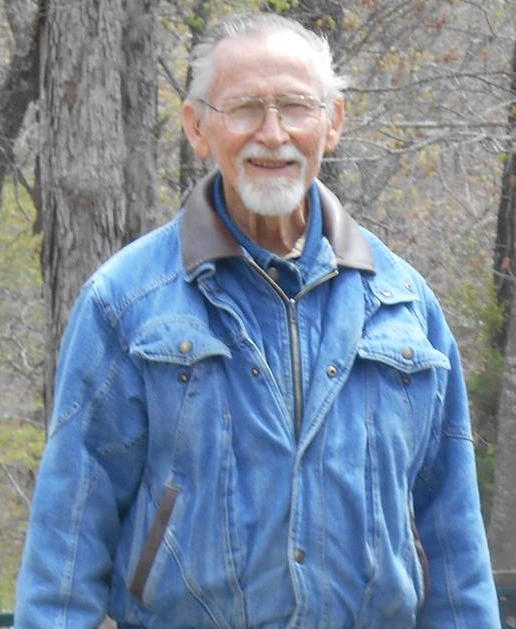 On day of arrival this most sweet dove/pidgeon let me just immediately pet him, and just stays nearby without any alarm. Just peace and staying near as a friend, and up in everything, relaxing from time to time, spreading the wings and having a nice rest on our property where we celebrated Pentecost this year. Now again we have so many confirmations this day must also be a day of commemorating Bishop Lesley Boyle.

Remember John the Baptist also was told a dove would be the true sign it is of YAHWEH, that Yahshua is the true Messiah. It is of YAHWEH to be like a babe who looks at things like new, and will also be open to these kinds of signs and confirmations of something good.

This dove seems here to stay the last several days. Very active but also very relaxed. He leaves normally no more than half an hour and returns back. 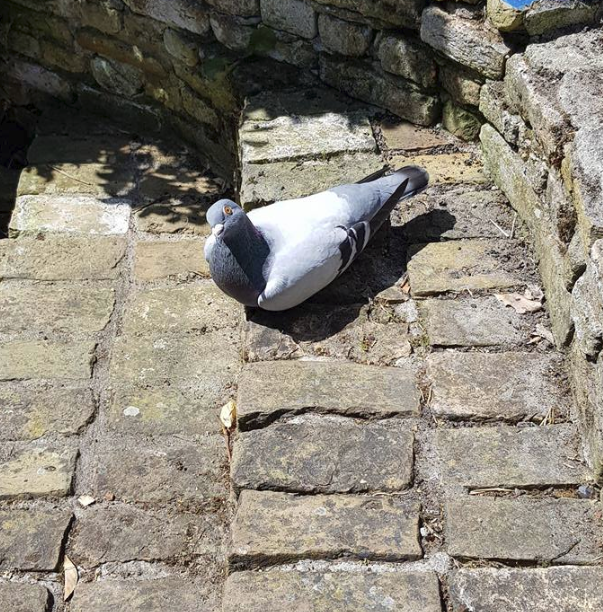 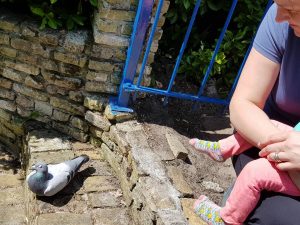 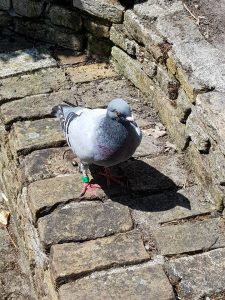 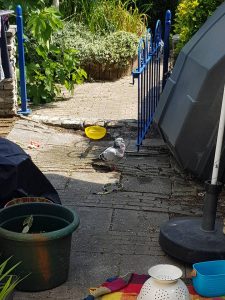 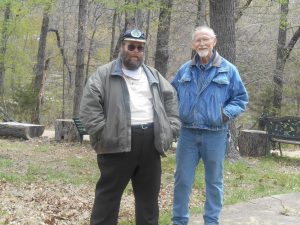 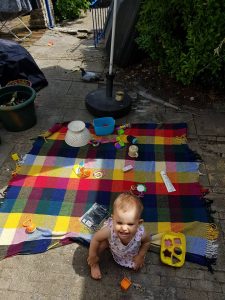 Yours in Christ Faithfully,